J-FLAG routinely sends out press releases to the major media outlets, Government Officials, and Human Rights groups. These releases address major issues affecting the gay, lesbian and all-sexual community. The following is a sampling of our press releases since our inception.

February 17, 1999
Concerns Re Jamaica’s Homophobia and the Tourist Market

March 17, 1999
Response to United Kingdom’s Call for Repeal of Buggery Law as Condition for Granting Citizenship

We also monitor the media’s reporting on issues of human rights, and maintain an archive of newspaper articles. This archive is available to students and researchers by appointment; call 978-8988 to make arrangements.
The following link provides an example of the kind of articles available,
www.jamaica-gleaner.com/pages/gay/indexa.html

Activist and concerned gay man in Jamaica with over 19 years experience in advocacy and HIV/AIDS prevention work, LGBT DJ since 1996. View all posts by GLBTQ Jamaica Moderator

THE BEST OF & Recommended Audioposts/Podcasts

Homosexuality is Not Illegal in Jamaica .... Buggery is despite the persons gender 12.11.11 MORE HERE

A Response to Al Miller's Abnormality of Homosexuality statement 19.11.11

UK/commonwealth Aid Matter & The New Developments, no aid cuts but redirecting, ethical problems on our part - 22.11.11

Lesbian issues left out of the Jamaican advocacy thrust until now?

Damion Crawford State Minister in the ministry of tourism in a follow up interview on CVM TV’s Direct with host Garfield Burford on Wednesday March 13th tried to explain his recent comments at a function that was carried as a news item on the same television station on the promised Buggery Law Review by his boss Prime Minister Portia Simpson Prime Minister Miller who in the run up to the last general elections promised a review of the law along with a conscience vote on the matter. Mr. Crawford as extensively reported in a previous post has satirically suggested that no gay member of parliament is going to come forward and he doubted that the issue would be even raised in parliament.

Individuals who are mentioned or whose photographs appear on this site are not necessarily Homosexual, HIV positive or have AIDS. This blog contains pictures that may be disturbing. We have taken the liberty to present these images as evidence of the numerous accounts of homophobic violence meted out to alledged gays in Jamaica. Faces and names witheld for the victims' protection. This blog not only watches and covers LGBTQ issues in Jamaica and elsewhere but also general human rights and current affairs where applicable. This blog contains HIV prevention messages that may not be appropriate for all audiences. If you are not seeking such information or may be offended by such materials, please view the tag cloud or the "file under" tags for specific subjects Since HIV infection is spread primarily through sexual practices or by sharing needles, prevention messages and programs may address these topics. This blog is not designed to provide medical care, if you are ill, please seek medical advice from a licensed practioner Thanks so much for your kind donations and thoughts. As for some posts, they contain enclosure links to articles, blogs and or sites for your perusal Who am I - Mr. H Mr. H Kingston, West Indies, Jamaica I am a 39 y/old single Gay Jamaican previously involved in Interventions at JFLAG & HIV work at Jamaica AIDS Support for Life & still volunteers for other NGOs in similar veins. I'm concerned about the lack of free flow of information about The Jamaican Gay, Lesbian, Bisexual & Transgendered experiences hence my Blogs & Network pages playing my part in allowing expression & cross fertilization of ideas between the various groups. Gay Jamaica Watch blog was started as Sunshine Cathedral Jamaica on 20/2/08 while The GLBTQJA blog was started as JFLAG on 8/5/08 both I have renamed to reflect my points of view and to encourage more conversations on LGBTQI issues from a Jamaican standpoint outside of the advocacy structure for solutions. Thanks for your support and words of encouragement & donations, Donate today safely via paypal, so I can continue this activity. All donations go to GLBTQ Jamaica for Research & Development, Blog continuity. I can be reached at: lgbtevent@gmail.com or glbtqjamaica@live.com 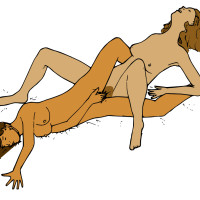 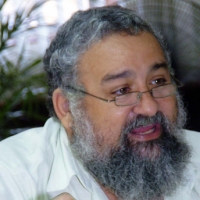 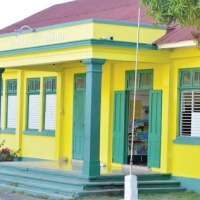 Superintendent Murdock
The same cop who has factored in so many run-ins with the youngsters in the Shoemaker Gully (often described as a sewer by some activists) has delivered on a promise of his powerpoint presentation on a solution to the issue in New Kingston, problem is it is the same folks who abandoned the men (their predecessors) from the powerful cogs of LGBT/HIV that are in earshot of his plan.
This ugly business of LGBTQ homelessness and displacements or self imposed exile by persons has had several solutions put forth, problem is the non state actors in particular do not want to get their hands dirty as the more combative and political issues to do with buggery's decriminalization or repeal have risen to the level of importance more so than this. Let us also remember this is like the umpteenth meeting with the cops, some of the LGBT homeless persons and the advocacy structure.
Remember JFLAG's exclusion of the group from that IDAHO symposium on LGBT homelessess? See HERE, how can we ask the same people who only want to academise and editorialise the issue to also try to address their own when they do not want to get their hands dirty but publish wonderful reports as was done earlier this month, see HERE: (re)Presenting and Redressing LGBT Homelessness in Jamaica: Towards a Multifaceted Approach to Addressing Anti-Gay Related Displacement also LGBT homelessness has always been with us from the records of Gay Freedom Movement(1974) to present but the current issues started from 2009, see: The Quietus ……… The Safe House Project Closes and The Ultimatum on December 30, 2009 as carried on sister blog Gay Jamaica Watch. CLICK HERE for FULL post of this story.

Homeless MSM/Transgender persons tell their story via a documentary on Wicked Hype's site, faulty is the interviewer and the background noise but focus on the substance of the voices of the interviewed. Sad that the solutions that should be coming from the LGBT lobbyists are not there as they ought to and pay attention to the No One Cares statement, it is as if the agencies do not exist, the interviewer clearly tried to get to the support element out but it never came in terms of powerful monied LGBT lobby groups. Check out the reference to Amsterdam and the rebuff of the Prime Minister.

Radio program Everywoman on Nationwide Radio 90FM March 20th 2014 with Dr Karen Carpenter as stand-in host with a transgender activist and co-founder of Aphrodite's P.R.I.D.E Jamaica and a gender non conforming/lesbian guest as well on the matters of identity, sex reassignment surgery and transexuality.
CLICK HERE for a recording of the show
CLICK HERE for the full post

So it would seem on the face of it, this ugly business of MSM homelessness especially in the business district of New Kingston has been with us for so long yet not a peep came from the members of the privileged clergy in Jamaica including the homo-negative ones who claim to love the sinner but hate the sin in any meaningful way to help or offer shelter. On December 9th the Jamaica Observer carried a story of a pastor who claimed to be hitting out at "Injustices" to homeless MSM, where was he all this time until now with the repeated headlines the men in New Kingston have made? albeit for the wrong reasons. Kimmo Thomas reported: Pastor lashes out at 'injustices' faced by gays

Days later the same paper in the print edition only carried the cartoon as done by its resident cartoonist Clovis on December 11, 2013 parodying Tiana Miller transgender spokesperson for the JFLAG We Are Jamaicans Campaign and another member of the homeless MSM in New Kingston

Here is the last video of Dwayne Jones aka Gully Queen inadvertently done by a television crew when they came across the homeless youths at an abandoned housing scheme in Western Jamaica, little did we know in death he would make such international headlines. GO HERE for the full video

The recent embarrassing situation at Jamaica AIDS Support for Life is examined along with JFLAG's own temporary displacement via an eviction notice related to the homeless MSM challenges and dithering on both agency's part. MORE also HERE

In response to numerous requests for more information on the defunct Safe House Pilot Project that was to address the growing numbers of displaced and homeless LGBTQ Youth in New Kingston in 2007/8/9, a review of the relevance of the project as a solution, the possible avoidance of present issues with some of its previous residents if it were kept open.
Recorded June 12, 2013; also see from the former Executive Director named in the podcast more background on the project: HERE also see the beginning of the issues from the closure of the project: The Quietus ……… The Safe House Project Closes and The Ultimatum on December 30, 2009

Our Homeless section gets prime time news attention once again, August was the last major eviction shown on this same station what is also damming is the comment made by the member of parliament where he says all the agencies contacted do not want to deal with it showing the clear avoidance of housing the men with proper re-socialization and diligence building interventions.

How many more like these are we to see?
Where is the promised shelter as was told to the community at a town hall meeting on November 7th 2012?
Has the funding for that shelter idea ran our prior to its launch?
So many queries and uncertainty. CLICK HERE FOR MORE

Unimpressed with the CVM TV show on MSM Homelessness
The September 6th appearance of representatives from The National Council of Drug Abuse and AIDSFREEWORLD's Maurice Tomlinson to address the recent public eviction of homeless MSMS from Cargill Avenue was at best damage control to another embarrassment regarding the poor response from the relevant LGBT agencies. JFLAG WAS NOT PRESENT AT THIS CVM TV LIVE @ SEVEN Program

Dionne Jackson Miller on October 3 on TVJ's All Angles dealt with the issue of the homeless men following the long standing controversy, the standoff on September 21, 2012 and the public eviction of the men from Cargill Avenue on August 29th, a shelter was hinted to in that interview and indeed a town hall meeting with JFLAG present did give the impression a shelter would be ready but it was not to be as was scheduled for opening on December 1

Now we are being told that another place is being sought.

As today is independence Day I have to wonder what are we actually celebrating as the real meaning of such has gone nationally speaking the season seems more like a festivalization for respective governments over the years more so than a time for introspection as a nation as to our achievements and the freedom from the shackles of slavery physically and mentally instead it feels like we have swapped colonialism for something else as one public commentator mentioned recently, the house slave is now running the plantation with no real change in the concept of divide and rule. The actual events are a joke and have come to be used by some to promote homo-negativity more so than unity.

The festival song competition for example in both categories hosted by the JCDC try as they may but have you heard any of the songs yet or the winning entries? It seems only to attract a small percentage of Jamaicans (barring low money to buy tickets) it does not feel nationalistic in nature, back in the 80s at least when I was growing up we all at home or if we had family dinner would watch Grand Gala on the television or watch the song competition now it isn't even streamed live anymore. See: Independence Skewed & Still No Justice at 52