According to the Jamaica Observer on February 23rd 2011

A Jamaica Labour Party politician has been charged with buggery.

Police report that the politician and another man held down a man at his St Andrew residence and sodomized him. The injured man reportedly made a report to the Centre for the Investigation of Sexual Offences and Child Abuse (CISOCA) and was examined by a medical doctor.

The doctor reportedly found that the male victim had signs of sexual trauma and filed a report with the police.

The politician was questioned by CISOCA detectives and is still in custody along with the other accused man.

Of course by now we know it is, none other than Mr. Garnet Reid caretaker for South West St. Andrew for the ruling Jamaica Labour Party, a post on my sister blog Gay Jamaica Watch had hinted to it with was forthcoming from sources close to the happenings. Pity the Observer was afraid to publish his name. Oh well such is politics in Jamaica.  In a post from the series The Line in The Sand for the JLP installment 6 the story was briefly looked at, here is an excerpt: 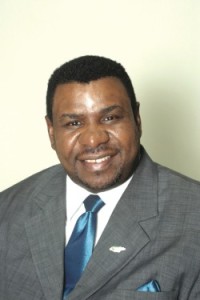 Meanwhile the JLP may just face another one of those bumps which may turn out to be a bigger obstacle with the possible legal troubles of South West St. Andrew caretaker Garnett Reid (photo above) who was referred to on February 20th as a person of interest by the police for a sexual crime. He turned himself in on February 21 accompanied by his lawyer Valerie Neita Robinson according to the Gleaner. Usually when we hear designations of such eloquent wording leveled at officials or someone designated of good repute we can guess it has something of a same sex tinge to it and so we thought so it is. Allegations are so far as we know suggest he was involved in a sexual assault with another male of a young man from rural Jamaica some time last week, reports suggest Thursday February 17th.
If this one gets out there in a big way it could mean the end of the Jamaica Labour Party or at best serious damage to the JLP I fear as Prime Minister Bruce Golding’s early pronouncements on the Hardtalk Program on the BBC of “Not in My Cabinet” is fresh in the minds of many gay or straight alike. From what we were able to gather the young man was introduced to the caretaker who was captured by his look and wanted a sexual liaison to take place, however the young man did not reciprocate the affection and he was allegedly held by both Reid and another friend and acts performed on him on the faithful day, this is after spending several days at his home.
It is further alleged that the young man wanted a sizable sum of money not to pursue the matter but when the demanded sum was not produced the matter was reported to the police who have since questioned Mr. Reid.
The Jamaica Labour Party is said to be deeply disturbed by the allegations (maybe not as outlined above) but to have one of their own with such a cloud of same sex assault hanging over his head given the fact that it is the opposition that the public perception is strongest of having homosexuals in its midst then could that be a nail in the coffin for the JLP to aspire for a second term, I am sure they are doing their best to keep this one down as much as possible.

With a disgruntled lgbtq community when it comes to the JLP they most certainly won’t get a lot of pink votes. Several social network sites dedicated to removing the JLP and heavily criticizing the Prime Minister’s tenure over the years are up and running full steam.

We all remember how Ernie Smith behaved on gays in Parliament calling gays all kinds of names and the whole nine yards. 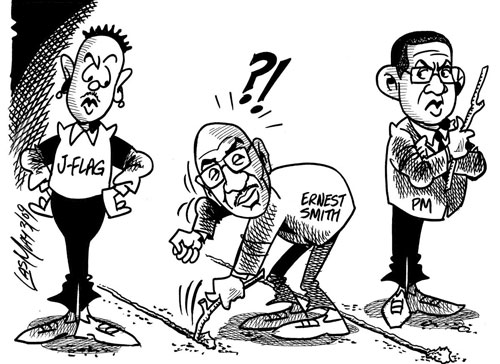 The problem with cases or allegations such as these is that when they get out to the public domain the feelings of persons not supporting same sex relations and activities we are viewed as predators or paedophiles even though this case does not involve a child or teen. Already on other forums, blogs and network pages are firing off with negative comments reflecting the aformentioned perceptions coupled with the anger and disappointment of the Buju Banton cocaine trail in Florida delivered on February 22nd 2010.

The Observer since has removed that headline of the gentleman being charged for buggery to a new entry on the matter where Mr. Reid is said to be not yet charged for is still under police arrest for the past two weeks.  The story now reads:

DESPITE spending two weeks in jail, Jamaica Labour Party councillor for South West St Andrew Garnet Reid, has not yet been charged by the police.

Reid turned in himself to the Constant Spring Police after being named as a person of interest in connection with a sexual offence.

But according to his attorney Valerie Neita-Robertson, detectives at the Centre for Sexual Offences and Child Abuse (CISOCA) have not charged her client and have him languishing behind bars.

“We don’t know what is going on. There has been a grand silence,” Neita-Robertson told the Observer.

She said she will be making a habeus corpus application in the Corporate Area Resident Magistrate’s Court today to seek a magistrate’s order that Reid be either charged or released.

A magistrate had ordered that Reid be brought to court yesterday but the matter hit a snag after disgruntled magistrates staged a sick out. This has forced Neita-Robertson to renew her bid to have her client released.

Reid underwent an identification parade on Tuesday but it is not clear whether or not he was pointed out.

Since this news Mr. Reid is said to have tied the knot with a female some months after with speculation being that he may have come under pressure to do so so as to remove any perceptions of his sexuality.