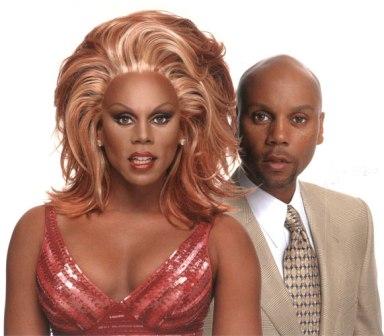 So the landscape gets more exciting as the girls’ adventures just makes for good entertainment but seriously we come too close to danger without realising how we can slip into something worse. I say we as I used to do some cross dressing in my early days. Incidents being two for this diva who drives without a license for some time found herself in hot water on the weekend last and panicked as she worked the phones to get some psychological backup, the cops thinking (s)he was a woman stopped the car in St. Catherine after for speeding but found out it was a group of divas coming from a party in Kingston the curious cops questioned the girls for a lengthy period before arriving at deciding to take them to the police station nearby, the notorious Spanish Town precinct with an enviable reputation of being one of the most homophobic set of cops in Jamaica, we do hope that has changed since the recent set of transfers as done by the Police High Command.

Her frantic efforts to make calls for advice as how to deal with the cops paid off and my source was the one who made it so, she was prompted how to deal with the lawmen who in the end laughed off the matter despite several of them on the realization of the men bring cross-dressers uttered homophobic remarks. The proverbial bribe was also sought by elements on the team but the girls would have none of it and made their way home soon after they were released.

But as fate would have it the same drag persona was caught by another set of cops in another jurisdiction driving without a license yet again and was charged also with reckless driving too, this time the cops were not so accommodating and were hell bent on incarcerating the diva in the men’s section of the lock up (if they could find one) for the weekend, this did not sit well with the Superintendent at several of the stops made by the law men in a bid to deposit the charged diva and word quickly spread at one point at one of the lockups that a drag queen was coming in things took a turn for the worse as hardened inmates were said to be planning a beating.

The cops had a change of heart and while having her in the holding area insisted that she try to get help for station bail as soon as possible. Persons who were contacted made attempts to family members but were unsuccessful as they responded that they weren’t interested as “he” had abandoned them and wasn’t keeping in touch, it was friends and a particular party promoter who came to the rescue and made bail to have her out, as (s)he left the heckling and jeering could be heard from officers, staff and other crime suspects in the guardroom/lobby of the precinct.

I do hope that drag queens understand that while the security forces maybe more tolerant and courteous that does not mean we should take for granted the ease at which we can slip back to the dark days where divas were outed without mercy in full view of other persons and police posts or even chased out by cops who refuse to take reports due to stigma and discrimination. We have come a long way to here and many of the younger divas do not appreciate or know the price paid by those who came before, who placed their own lives on the line so we can enjoy the freedoms somewhat thought still limited today. Thankfully the situation never turned out worse than it was but there is a flip side to all this was well. Having witnessed how the police  when they arrive at events sometimes are intimated by men in drag and fierce effeminate behaviour both can be used as a tool to literally suppress any would be phobic reactions from would be attackers. There are some divas who have mastered the craft of honing this effeminate element to their advantage better yet when they express no fear and are prepared to wreck shop if needed in their stance of defiance. The softer the aesthetic the better too but it can become an issue if it is found out that (s)he is actually a “he” as was the case a few weeks ago during carnival where a man called a mob to fall on a diva who was dancing with him but when he felt “her” pubic area it was a bulge which started a chain reaction on the other “girls” who were enjoying themselves in their own way on the streets nearby, see the post below or

Hope they learn from this.