Recent times have shown us some interesting responses to some of our brothers in the MSM community have a serious block from others about effeminacy, persons have openly declared they wish to have no lot or part with so called “real chile” or effeminate men as many use reasons such as:

Safety: where persons feel that they maybe exposed if seen in public with another man and they may attract unneeded attention

Taste: as it relates what persons are sexualy attracted to and like to have around them as a partner

Moral: some persons have even said while they like men in a sexual way they detest effeminate behaviour as God never made men to act as girls

Other sexual identities: persons confuse “she-males” with other effeminate men who have not altered their physical appearances to have breasts while maintaining a penis thus they are disgusted by the presentations

Effeminacy from a long time has received mixed reactions from sections of the same gender loving male populations as maybe the underlined fear of becoming a victim of a homophobic attack due to the national loathing of feminity in a man which is still viewed with disdain despite the metrosexual revolution in the dancehall firstly and by extension the nation on a whole, a metrosexual identity that burrows from previously held stereotypical aesthetics that dogged male homosexuals.  Obviously males who act feminine instantly loose any credibility as worthy to be men given our hetero-normative culture and our obsession with masculinity.

One wonders if one is effeminacy is biological?

A recent documentary entitled “For The Bible Tells Me So” had a clip of possible homosexuality and effeminacy as supposedly caused by the birth order effect where the more boys a woman has is the more likely that those boys down the line will become gay. Specific antigens apparently attack the foetus in the womb feminizing it as a response from the woman’s immune system hence making them gay. But what explains non feminine men or hypermasculine types who also are same gender attracted without showing girly attitudes? There is very little open references on the face of it as studies are in expensive journals online and also their is the matter or the “gay gene” where the jury on that is still out.

A correlation between fraternal birth order and male sexual orientation has been suggested by research. Ray Blanchard identified the association and referred to it as the fraternal birth order effect. The observation is that the more older brothers a man has, the greater the probability is that he will have a homosexual orientation. It has sometimes been called the older brother effect.

The effect has been found even in males not raised with their biological brothers, suggesting an in-utero environmental causation. To explain this finding, a maternal immune response has been hypothesized. Male fetuses produce H-Y antigens which may be involved in the sexual differentiation of vertebrates. Other studies have suggested the influence of birth order was not due to a biological, but a social process.

Bearman and Brückner (2008) argue that studies showing a fraternal birth order effect have used nonrepresentative samples and/or indirect reports on siblings’ sexual orientation. Their analysis, focusing on opposite-sex twins, did not find an association “between same-sex attraction and number of older siblings, older brothers, or older sisters”. A study by Francis (2008), using the same Add Health survey but with broader analysis, saw a very weak correlation of male same-sex attraction with having multiple older brothers (but did find a significant negative correlation of male same-sex attraction with having older sisters.)

Theories on the cause

Anthony Bogaert’s work involving adoptees concludes that the effect is not due to being raised with older brothers, but is hypothesized to have something to do with changes induced in the mother’s body when gestating a boy that affects subsequent sons. An in-utero maternal immune response has been hypothesized for this effect. The effect is present regardless of whether or not the older brothers are raised in the same family environment with the boy. There is no effect when the number of older brothers is increased by adopted brothers or step brothers.

The fraternal birth order effect appears to interact with handedness, as the incidence of homosexuality correlated with an increase in older brothers is seen only in right-handed males.

Bogaert (2006) replicated the fraternal birth order effect on male sexual orientation, in a sample including both biological siblings and adopted siblings. Only the older biological brothers influenced sexual orientation; there was no effect of adopted siblings. Bogaert concluded that his finding strongly suggest a prenatal origin to the fraternal birth-order effect.

Here’s a suggestion to settle some critical basic issues concerning homosexuals and the practice of homosexuality in Jamaica.

(1) Facilitate publication of a modified version of the public service announcement about loving affected family members that local television stations have refused to publish, so far.

Modification would involve including reference to family members withother conditions, such as HIV/AIDS, mental illnesses, as well as homosexual orientation.

(2) In order to deal with the legal issues concerning the difference between homosexuality or homosexual orientation, and buggery, without further confusing both the religious and non-religious among us, we should also do the following: 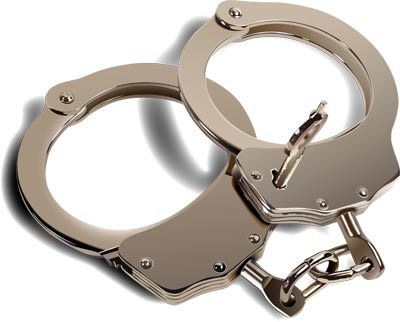 Let us NOT change or revoke the law we have on the books against buggery. But let us define (redefine, if necessary) buggery as being or including forced or involuntary involvement of anyone – man, woman or child – in any same-sex act or activity involving penetration or thecommingling of bodies or sexual organs – against their will and/or without their explicit consent, whether privately or in public.

Also, let us recognise, understand and appreciate the value of extending tolerance, unconditional love, understanding, and compassion to all family members, whether they are affected by HIV/AIDS, mental illness, homosexual orientation, or any other ailment or condition that is beyond their control – without necessarily endorsing or approving particular lifestyles or behaviours.

In the circumstances, it would also appear to be prudent for us to state, specifically, that there will be no legal intervention in private sexual issues and/or activities where mutually consenting adults are voluntarily involved.

At the same time, and because of ‘going that far’ and, especially, in order NOT to encourage the illegal, species-endangering practice of gay sex, we would need to strengthen our resolve to confidently counter all subtle or open promotion or encouragement of buggery in schools and everywhere else in Jamaica.