According to the voice in the UK a Jamaican woman is to face deportation but she is a member of the same gender loving community women seem to have had issues in gaining asylum overall although we cannot judge so easily as each case has to be taken on its own merit but seeing that men who have sex with men are more vulnerable to homophobic violence in Jamaica they have far more cases pending, successful and deportations than the women do.

However as I have tried to point out before there has been a sharp increase in lesbophobic violence to include the previously thought African phenomenon of corrective rape, forced evictions and displacements.

Have a read of the item from the Voice first excerpted below: 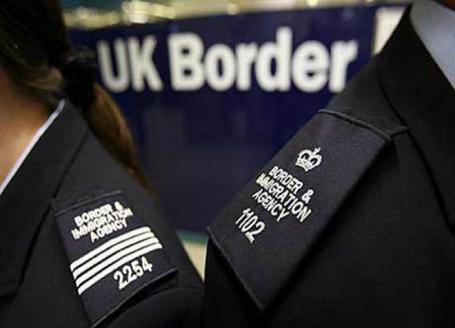 A WEST YORKSHIRE man says his lesbian sister will be killed if she is sent back to Jamaica and is urging immigration officials to reconsider a decision to deport her.

Nestfield Lopez, 24, from Leeds, told The Voice that homophobia in the Caribbean country is rife and claims that his sibling will be targeted because of her sexuality.

He said: ”We all know what Jamaicans think of gays.”

“We’ve got terrorists here that are making suicide bombs. They’ve been in prison, they come out and they can’t deport them because of human rights. What about her human rights? That’s the frustrating thing about it,” he continued.

His sister, 22-year-old, Coletane Lopez, was detained by the UK Border Agency on March 20 after her human rights application was denied.

Acting on legal advice, she had gone to Lunar House in Croydon, Surrey, where immigration claims are processed, to seek asylum for protection, but was handcuffed and transferred to Yarl’s Wood Detention Centre in Bedfordshire, where she is currently awaiting deportation.

Mr Lopez, who was unaware that his sister was gay until last December, has begun a petition to stop the process but claims her health is deteriorating day by day.

“We had a visit with her and she’s lost loads of weight. She hasn’t been eating.

She’s been worried. At one point she wanted to commit suicide. She said I’m going to kill myself because if I get sent home, I’m going to get killed anyway.”

Her deportation has been placed in the fast track system, which means she can be removed from the country within four to seven days of her case being decided.

The siblings first came to the UK with their family in 2000. Last year their parents were removed and sent back to Jamaica, but Mr Lopez, who is married with two young children, has been granted the right to remain because his partner is a British national.

Mr Lopez says that his sister will have nowhere to go if she is returned to Jamaica because even his parents refuse to accept his sister because of her sexuality.

He said: “Every time I speak to my dad, we have an argument. He says, ‘have you not thrown her out yet? Don’t give her any money and don’t look after her. You should choke her and kill her’. That’s what he’s saying to me. I’m like, ‘that’s your daughter!’ But he says, ‘Oh no. I don’t have no daughter anymore. That’s what I have to deal with!”

The Voice contacted the UK Border Agency for their response. A spokesperson said: “We do not routinely comment on individual cases.” 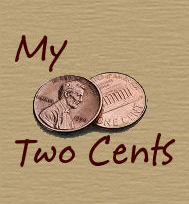 In continuing on the issue of displacements for SGL women due to lesbophobia women by virtue of being more social creatures in the Jamaican context easily find informal hosting services within the community or with family members as some cases have shown as lesbianism is tolerated locally than male homosexuality. Sadly in this case as excerpted above shows there maybe a serious cause for concerns and as I said above each case has to be taken on its own merit but we must also remember the reputation Jamaica on a whole has in places like the United Kingdom where we have flouted rules, committed crimes and so on.

Our cases are treated with far more scrutiny based on my limited experience with the border agency in times gone by but how do we assist persons who legitimately need to leave the island due to threats against their person?

We have seen successful cases on the other hand such as a sister who was bipolar some years ago who was brutally raped several times over by thugs (including a cousin allegedly) in her inner city community with what seemed to be tacit support from other thugs in the area at the time, she was successful however in gaining asylum in the UK in 2010, another sister who was threatened with arson of her flat in another area due to her butch mystique as it were as she wore masculine clothes and was clearly a gender non conformist given the scheme of things.

And as for advocacy for same gender loving women in Jamaica well that is much to be desired with groups such as JFLAG and a smaller outfit known as Women for Women (WFW) but since male homosexuality and the attendant issues are engaged far more with a view to repealing the buggery law which is understandable women’s issues get glossed over even in the face of the aforementioned increases in violence and stigma to sgl women especially the members or self identified butches who are seen as a threat to men in Jamaica as they are accused of taking away women from over machismo worshipping men.

We hope there is a follow up on this story so we can know the outcome of this case and how the sister is fearing out.

Additional reading from a previous post on sister blog GLBTQJA on Blogger:
Jamaica lesbians suffer from under-reported violence but whose fault is that ???

here are two pieces of audio commentary I had done in 2011 also expressing concerns about the inequality in the handling of same gender loving women’s issues versus msms and the murder of two lesbians late last year as well:

Lesbian issues left out of the Jamaican advocacy thrust until now?